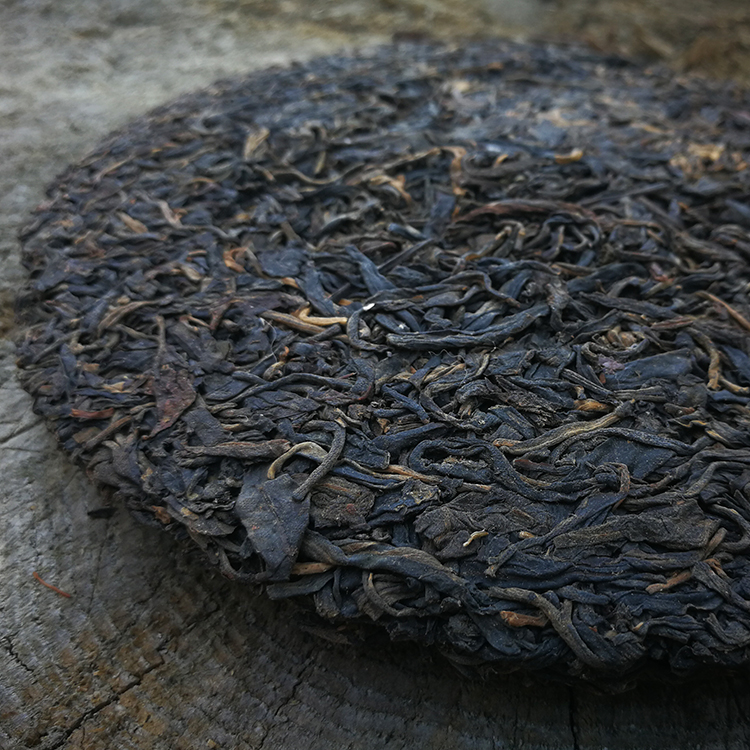 Dao Jian Zhong Chiang Mai Qin Beeng is a high-quality classic sheng puerh of the 2000s, in line with the Chi Tse Beeng of previous decades, of which only 84 numbered cakes have been available. These 10 to 20 years of natural storage have gradually built the alchemy that one expects from a puerh of the guard of this age: A sober and frank character, with beautiful sensation in the mouth, a good progression throughout the tasting, and the typical charm of puerh of the past!

Tasting notes
A very good old-school puerh from the 2000s, with a profile in the line of Chi Tse Beeng from the 1990s. It is a tea for the palate with frank tannins, as one would expect from a good classic puerh, but without being aggressive. It creates beautiful sensations in the mouth and makes a very progressive tasting, which is gradually built up from cup to cup. The aromas tint the length, and gradually give the tasting its charm. Sober and classic, they evoke wood, hay, and aromatic herbs.

About Dao Jian Zhong collection:
Dao Jian Zhong was born in 1930 in the Pu’Er region of Yunnan. During his life, he would witness the end of the era of the great Chinese puerh producers — something that would mark him forever — followed by the war and the rise of communism. In 1956, he deserted the Chinese army and took refuge in Laos where he lived for almost 20 years before crossing the border with Thailand and settling in the Chiang Mai region. For about twenty years, he would work for the legendary Hong Tai Chang puerh factory, gradually picking up their secret processes and techniques over time. In the 1990s, he would go on to share a number of these techniques with a small tea factory in the region wishing to start producing puerh. When Hong Tai Chang closed, he joined this small factory as the head of puerh production and would work there until his death in 2019.

Dear friends, We currently ship orders to Austria, Bulgaria, Croatia, Czech Republic, Germany, Romania, Slovakia, Slovenia, Hungary, Belgium, Denmark, the Netherlands, Luxembourg, Lithuania, Latvia, Estonia, France, Italy, Spain, Sweden, Switzerland, Serbia, Finland, Norway, Greece, Malta, Ireland, Poland, Portugal, Great Britain, the United States (USA) and Canada. If your country is not on this list, please contact us by e-mail before placing your order. Thank you for your patience and understanding. Take care of yourself and have a good tea! Dismiss